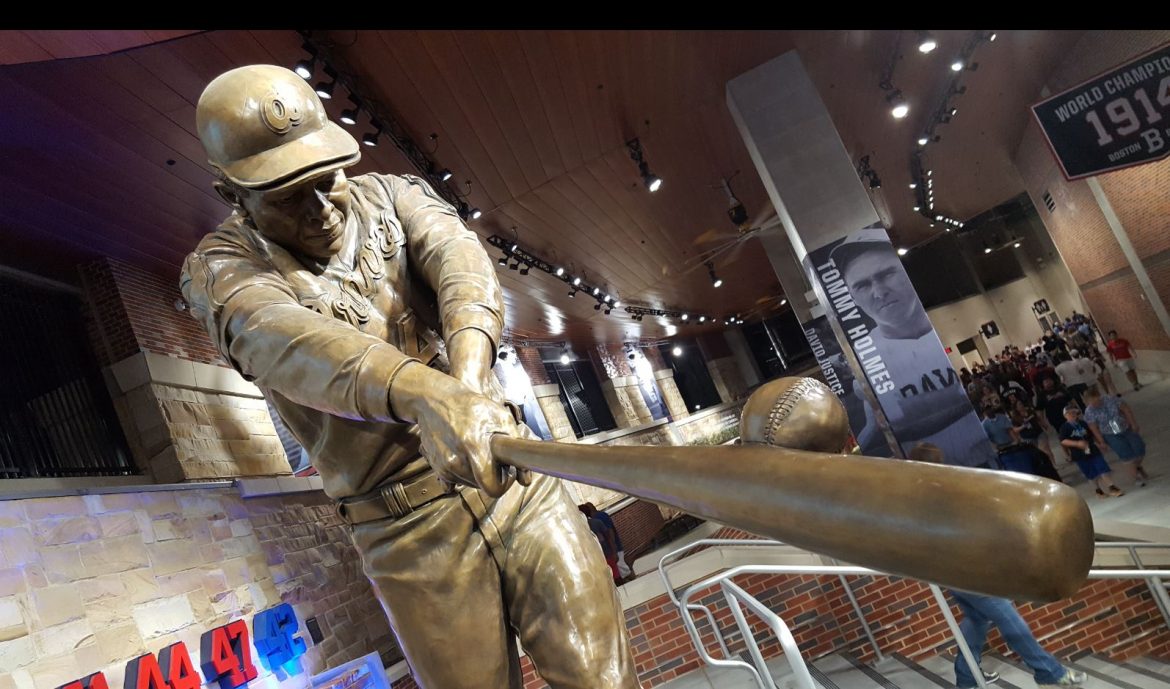 With all the construction that’s going on in Cobb County, GA it’s sometimes hard to remember why this is happening.  Motorists and especially Cobb residents have been dealing with detours, potholes, lane shifts and general traffic congestion for almost two years. After visiting Suntrust Park opening weekend, it turns out it’s all worth it. Cautious optimism was quickly replaced by unbridled enthusiasm in a matter of seconds. The NEW home to the Atlanta Braves is an experience beyond anything Turner Field and the surrounding area could ever offer. While opening weekend still had a few kinks to work out like wait times for food and the infamous ‘Where’s my Uber?’ line (That will probably be talked about for months to come), it was still light years ahead of its predecessor.

A few creature comforts to think about first:

From the moment we set foot on the grounds we knew this would be something very special. Instead of shady parking lots and abandoned houses, the newly paved park pavilion and Battery is filled with stores, bars, restaurants and even a music venue Coca-Cola Roxy. This is what pre and post game celebrations and shenanigans are all about.

Prior to the announcement that the Braves were moving, the Cobb County Tourism board valued Cobb tourism as a whopping 2.5 billion dollar industry. One can only imagine what those numbers will look like this time next year. So whenever frustration takes over while staring at an unfinished overpass in deadlock traffic, remember why this is happening and what it means for the community and the county. Go Braves!
For more on Suntrust Park and The Braves, don’t forget to check out our page – ‘WHY REBUILD?‘.